It has been a while since my trip to Thailand and Malaysia in May-June 2018, but only now I decided to share some memories about the trip here. I’ll use my journal and pick a few nice places to write about. This first one is about Khao Sok National Park.

Khao Sok is a little national park in southern Thailand. The jungle is a home for sun bears, tapirs, Asiatic wild dogs, monkeys, elephants, tigers… Usually tourists attend an overnight trip or some other guided tour hoping to see some of those animals that naturally avoid humans. I was quite stingy and picked the cheapest and shortest tour available… 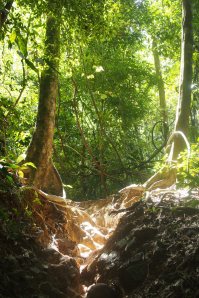 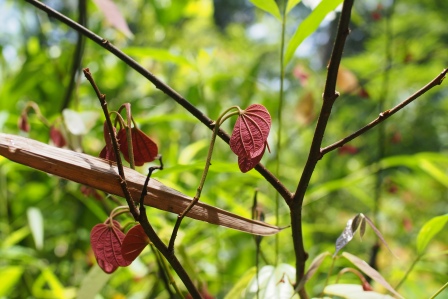 “Lazy day with little to do. Luckily this German guy Martin, who checked in after me, was keen to go for a night safari.

The jungle was interesting at night. We had our own guide, called Bond, who walked us around the jungle for about 2.5 hours. Armed with flashlights, we wandered into the dark jungle. We could only see what was in the spotlight. We listened to the chattering crickets and screaming monkeys. Therapeutic.

Bond pointed out spiders, bats, and insects. We didn’t see any larger animals, but I was quite happy with fireflies, tarantulas, and giant centipedes. I’m glad I went. And I can go to the jungle again tomorrow with the same ticket!”

The next day I explored the jungle with Martin and his friend Christoff, this time without a guide. It was low season, and we felt like we were in the park all by ourselves. 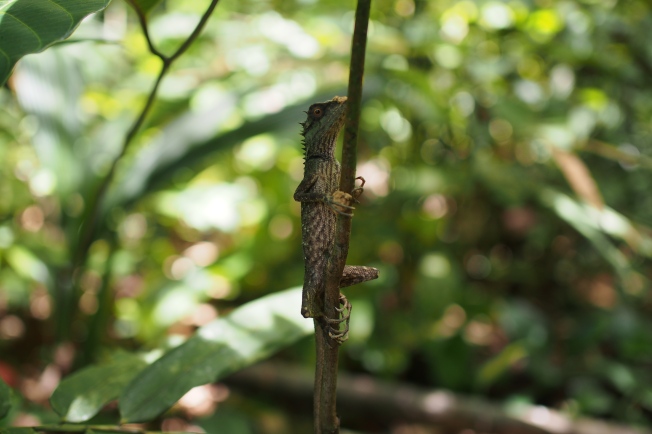 “After 3 kilometres  there is a hut that marks the spot from where you are not allowed to walk further without a guide because it is really easy to get lost in the jungle. The ranger was not there, but some other locals were working on site. They told us that there is a nice swimming spot further on. So we walked past the warning signs.

We swam in the refreshing Khao Sok river. The river is not warm enough for dangerous animals. At least that’s what Bond said yesterday, or so I understood… I did see something fairly big plunge into the water from the bank though. I don’t know what it was, but it certainly wasn’t big enough to be a tiger or a leopard! I thought it looked a bit like a capybara, but they don’t live here. It could be a chevrotain or a tapir…”

“The river was very nice until the clouds started to gather. Bond had told us that snakes and other critters come out when it rains. As much as I’d be interested to see some, I’d rather not face a poisonous creature far away from other people in a strange jungle.

On our way back, we saw a bunch of monkeys. Spectacled Langurs and Macaques were chilling in the trees, but we almost missed them. We were observing a bird when Christoff pointed out to a nearby tree. Suddenly we could see dozens of monkeys hanging about.”

If you go, don’t be as stingy as I was (but please leave the elephants alone). The local guides are pretty great and see so much more than you do, which means that you are more likely to spot some interesting plants and creatures with them. Hey, we almost missed all the monkeys although they were right before our noses!