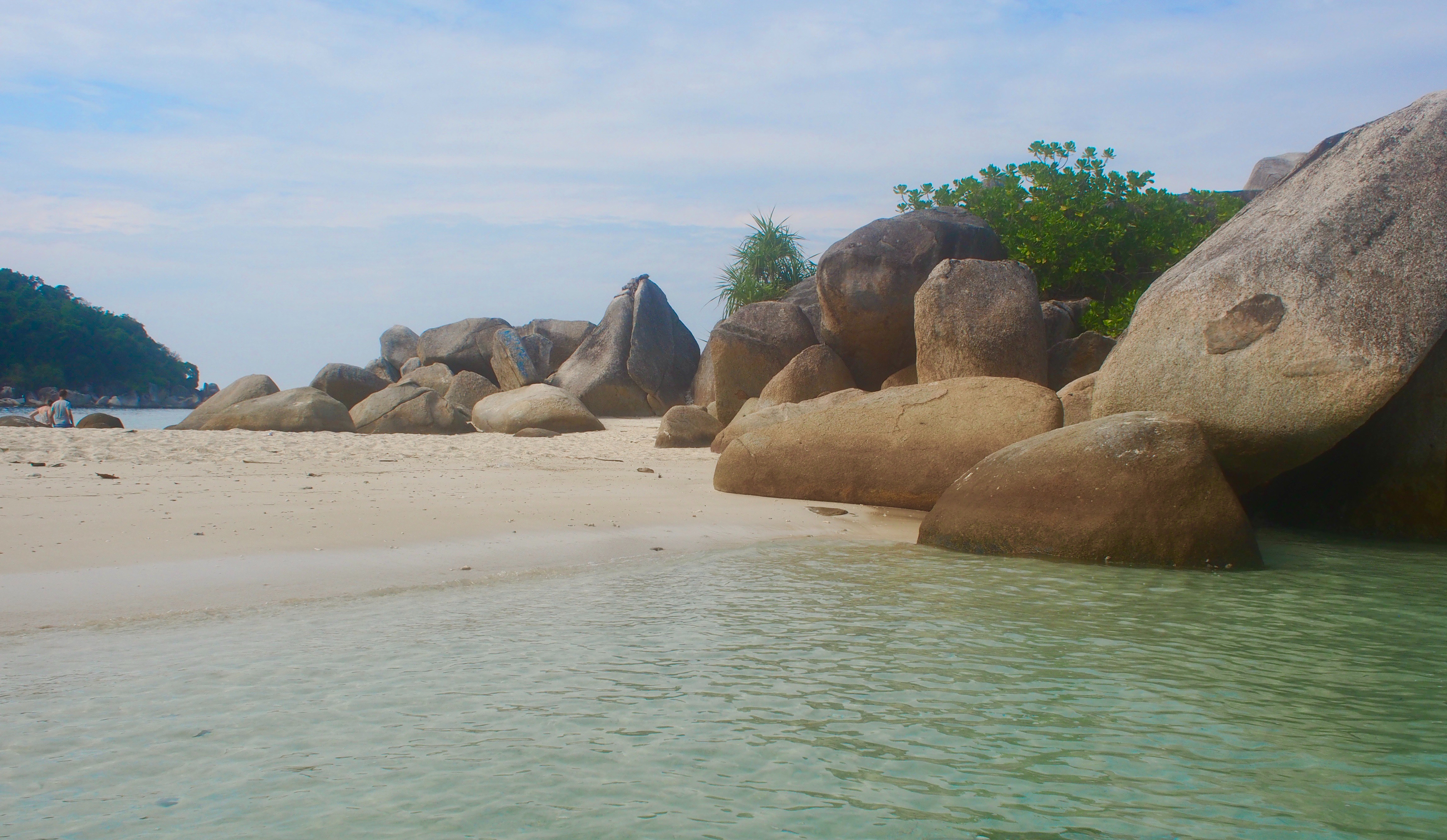 In 2018, I stayed on the Perhentian Islands for two nights. If I had stayed longer I would definitely have gone snorkelling again and maybe scuba diving as well, it is a perfect place for both. The extracts here are from my travel diary.

Wed 13.6.2018
“Traveling alone can be annoying when you want to go on trips. The organisers need more than one person to make it profitable or they have to charge extra.

Luckily the owners of the tent hostel I stayed at, Perhentian Cabana, were helpful. They managed to secure me a spot from a snorkelling trip. I hopped on to a  boat with six Malaysian students who are on a holiday and staying in the neighbouring bungalows. Turned out they spoke good English, were studying science in Penang, and knew a thing or two about Finland too! I had lunch with them, so I got to chat with them a bit more.”

The water was warm and silky

“Snorkelling was great. The water is amazingly clear and the corals and fish vibrant. The visibility is much better than on the Great Barrier Reef or around Ao Nang.

Strangely none of the students could swim so they floated on the surface supported by red life jackets. I’m glad I wasn’t forced to stay on the surface but was able to dive to take a closer look at the underwater world. As I watched some clownfish, their home coral started to open and revealed the striking purple interior. I also met a turtle and several blacktip reef sharks. 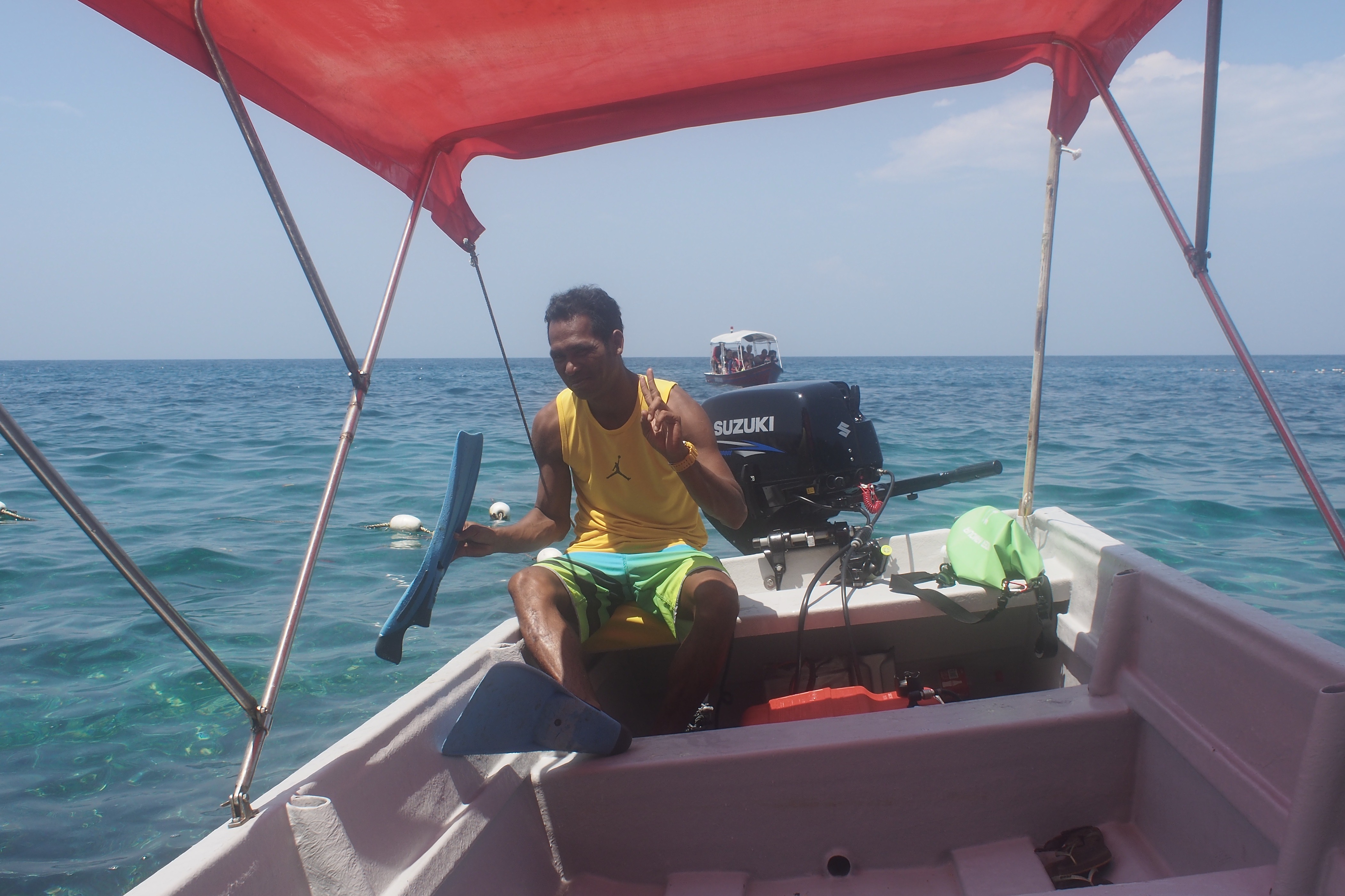 The sharks live at the Shark Point Bay. They are always there. Always. The boat driver found it amusing that I was excited about them, but I had never seen a shark up close before.

Human size sharks glided in the water like ghosts. They were sleek and agile. Such a contrast between them and the floundering snorkellers above them, life jackets up in the ears. Even though I know that those particular sharks are not especially aggressive, I couldn’t help thinking that one day they’ll get tired of being stared at and snap a few dangly legs from the surface.”

The sharks are unlikely to do that though: shark attack database lists three attacks in Malaysia since 1968 – all non-fatal. The sharks are more likely to be killed themselves. Malaysia is contributing to the decline of sharks in the seas by fishing and trading these impressive creatures. FAO (2015) ranks Malaysia as the 9th largest producer of shark products. Luckily Pulau Perhentian is surrounded by the Perhentian Islands Marine Park which forbids fishing and aims to protect local marine life and habitats. At least these sharks are safe as long as they stay within the marine park.

4 thoughts on “Snorkelling with sharks – Crystal clear in Pulau Perhentian”